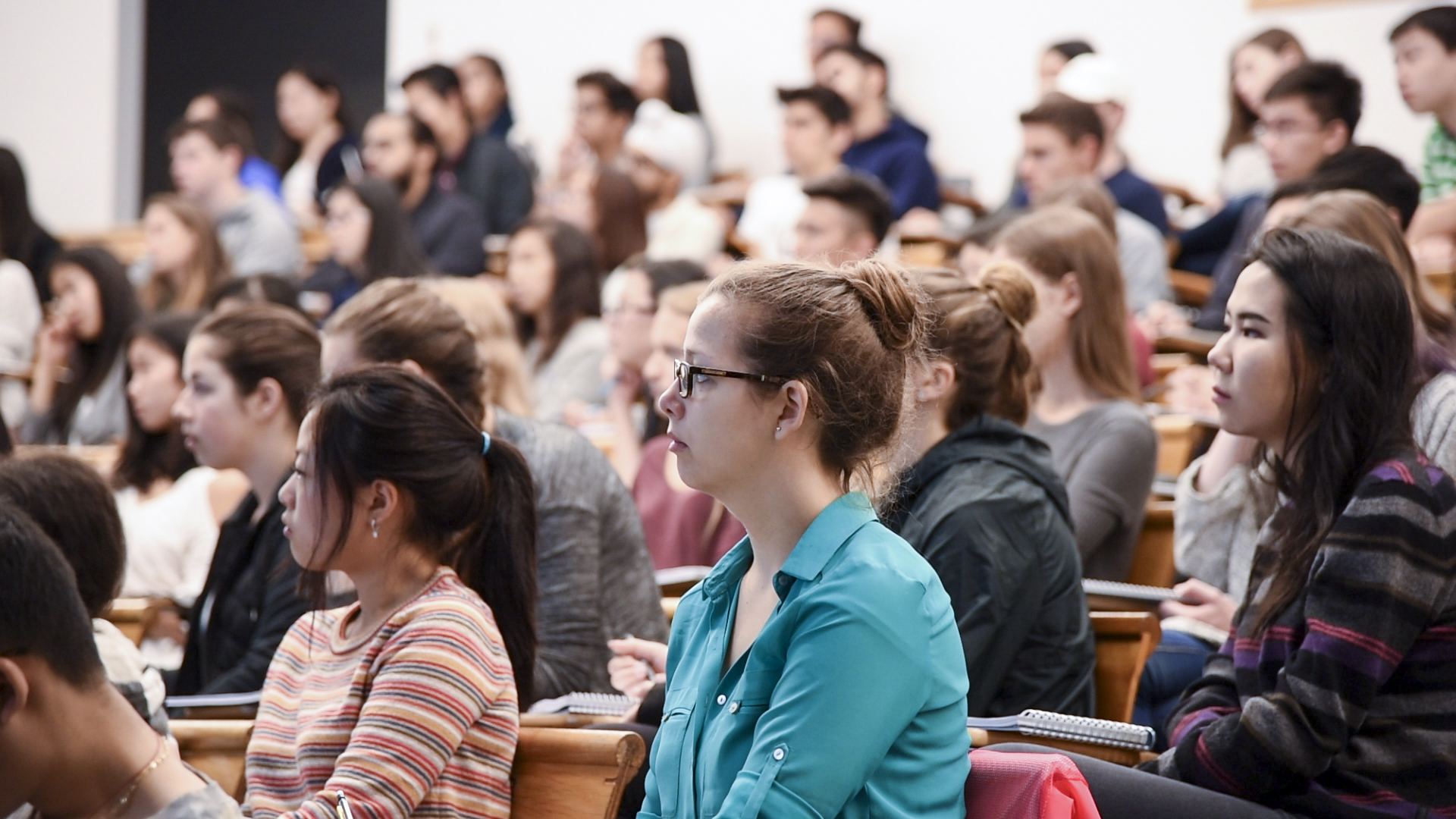 Open UBC snapshot: Use of open resources continues to increase

In 2017, the adoption and use of open resources at UBC continued to increase. Since 2011, more than 47,000 UBC students have enrolled in courses in which instructors have used open or freely accessible resources instead of traditional textbooks. At least $4.7 to $6.7 million dollars have been saved by UBC students in these courses and these figures are increasing each year. In academic year 2017, 14,831 students were impacted by courses using only open resources, representing a 20 percent increase over the numbers of students impacted in academic year 2016.

According to the 2017 AMS Student Experience Survey, UBC-V undergraduate students spent an average of $814 on textbooks over the previous year, which is approximately 30 percent more than what they reported spending in 2016 (pg. 54). Additionally, 93 percent of students reported buying a textbook and never using it, while 43  percent of undergraduates reported they often or frequently go without textbooks or resources due to cost (pg. 57). 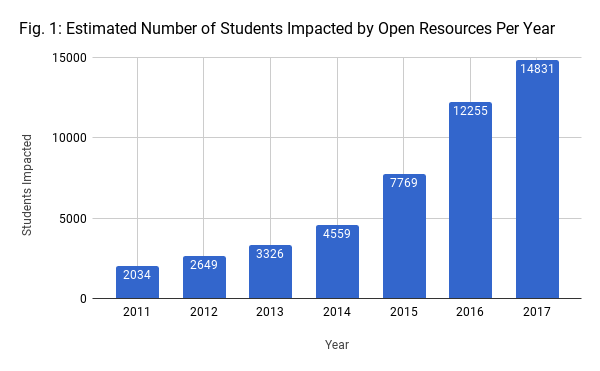 Since 2011, at least 155 UBC courses have been identified as having used open textbooks, OERs, or freely accessible resources instead of traditional textbooks. And if we look across those past six years, 47,423 UBC students were enrolled in those courses using open resources.

The estimated cost savings for students has also increased over the past few years. The replacement of traditional textbooks with open resources has potentially saved UBC students between $4.7 to $6.7 million since 2011 (fig. 2). 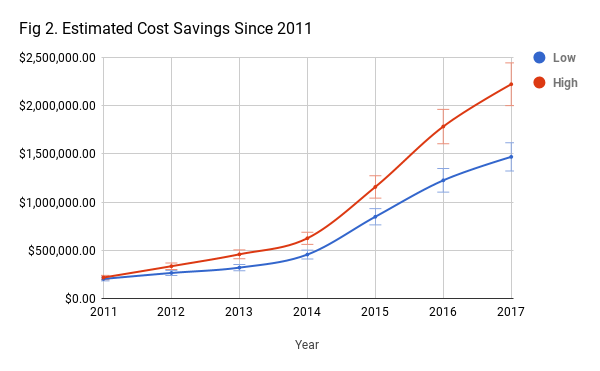 This range reflects alternative buying options available for students including new, used and rental textbooks and is based on the approach used by the BC Open Textbook project to estimate savings. The high end of the range is based on new textbook prices and course enrolments while low end value is calculated based on an average cost of $100 per student per textbook. Additionally, for courses that reported never using a traditional textbook, a $100 per student cost savings has been used to calculate potential financial impacts. 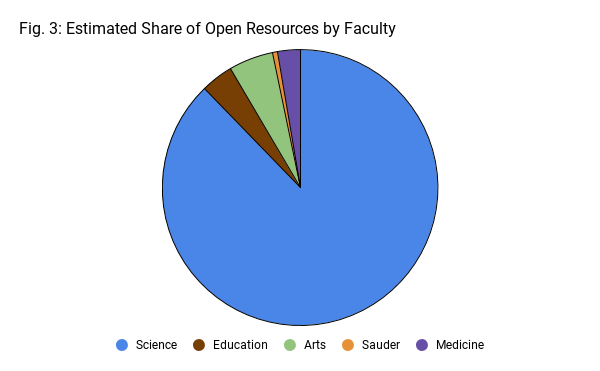 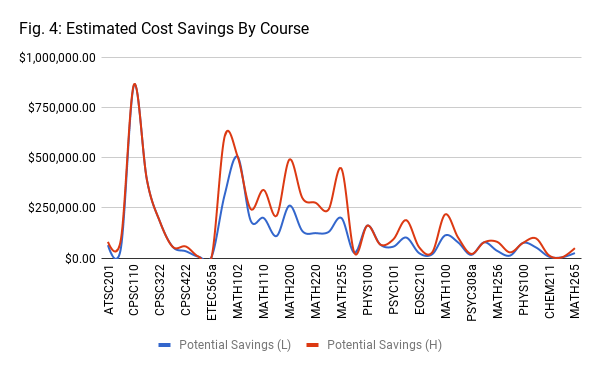